All examples previously shown are excerpts from feature films. In the course of the project elaboration it soon became obvious that this tool`s possible fields of application could go far beyond the notion of film as a means of entertainment. In particular, the selection and extraction of frames (background deletion) offers new possibilities of showing motion sequences vividly and more clearly.
A complex movement is being captured in its whole length and turned into graphic information that displays readable values, so that the facts related to the movement can be captured, recognized and interpreted.

The visualizations show a tennis player’s serve. In the field of sports sciences Recreating Movement might be very interesting for the analysis and better understanding of motion sequences. The single images of the motion can be analyzed one after the other in a given sequence of time and context. The possibility of loading various sequences at the same time and selecting certain images, makes a direct comparison possible. Differences in motions as regards speed, position, dynamic or rhythm can be detected at a glance. In addition, ID tags could be used to store information regarding body angles or body axis.

Visualization and comparison of crash-test recordings

The direct comparison of two parallel video recordings often turns out to be very difficult. The sequences of actions are often too complex and the human brain is not in a position to process all the incoming information at the given speed. By dividing the information into unimportant and important portions (e. g. by deleting the backgrounds) it is reduced to the essential facts. 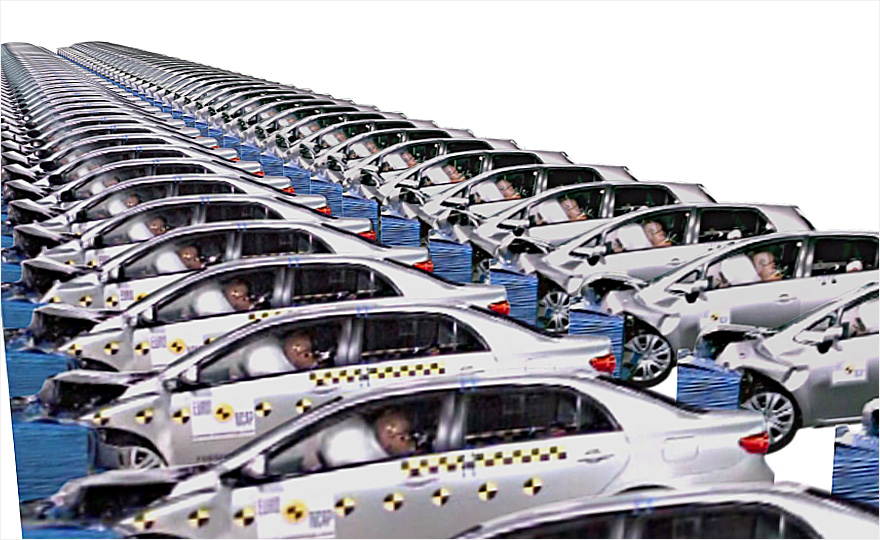 The differences in the degree of deformation are clearly visible at first glance. The main advantage is again the interconnection of time and image – it is possible to analyze the changes in relation to time. If the viewer changes the intervals between the frames and browses through the sequence of frames, further details and differences become apparent.

If the test conditions were better adapted to this analysis tool, e. g. if certain parts of the vehicle or the dummy were coded with respective colors, these parts could be isolated and their changes viewed separately. ID tags could be used as a further level of information by storing sensor values and thus providing detailed data for examination and analysis. 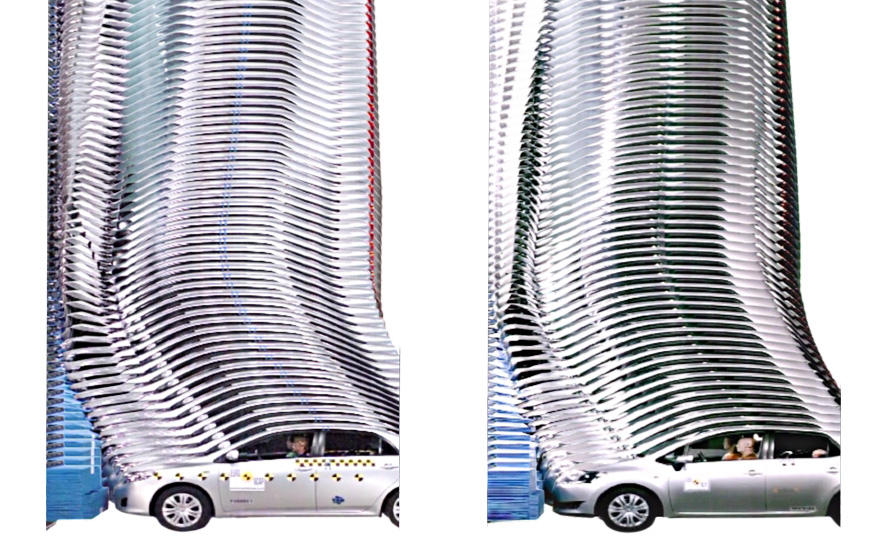 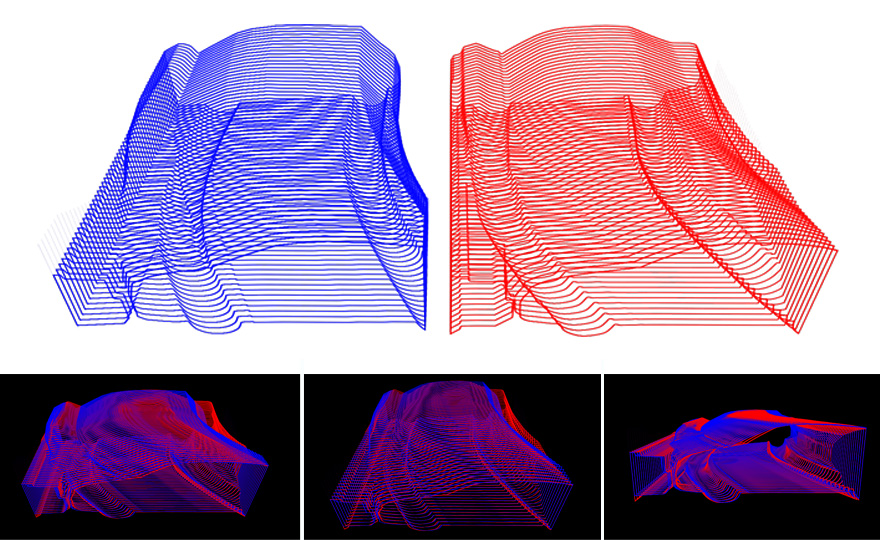 A further type of display only shows the outlines of the vehicles in different colors. By fading in the two modes, the differences become visible in the graphic representation and are apparent when playing the recording.