To provide better insights into certain frames the distances between the single frames can be changed. 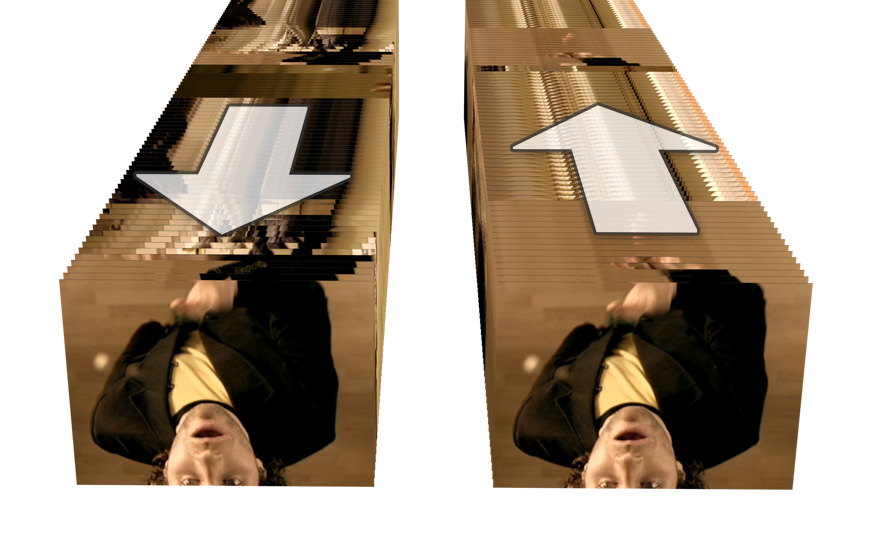 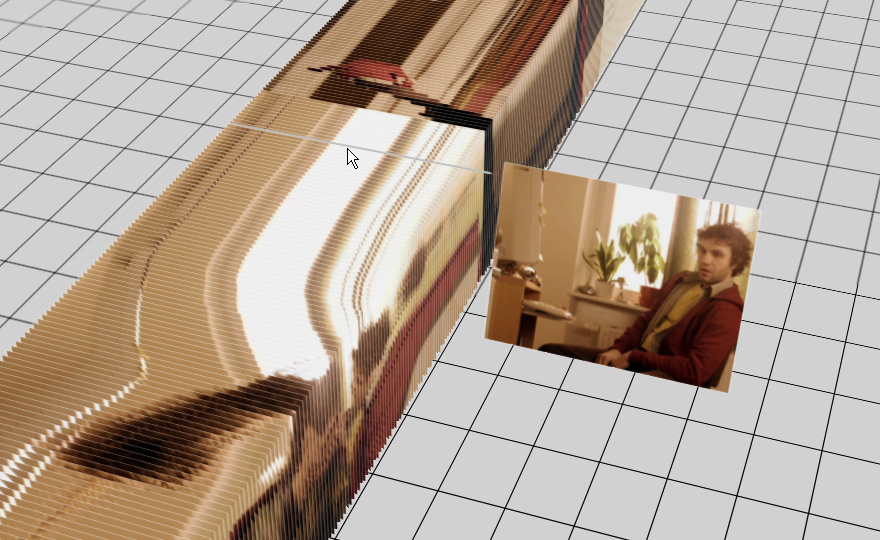 The integrated preview function provides for direct interaction with the single frames in three-dimensional space. Rolling the cursor over a frame places a copy of it next to the sequence. This mode allows quick and intuitive searching, and may be compared to browsing through a book. 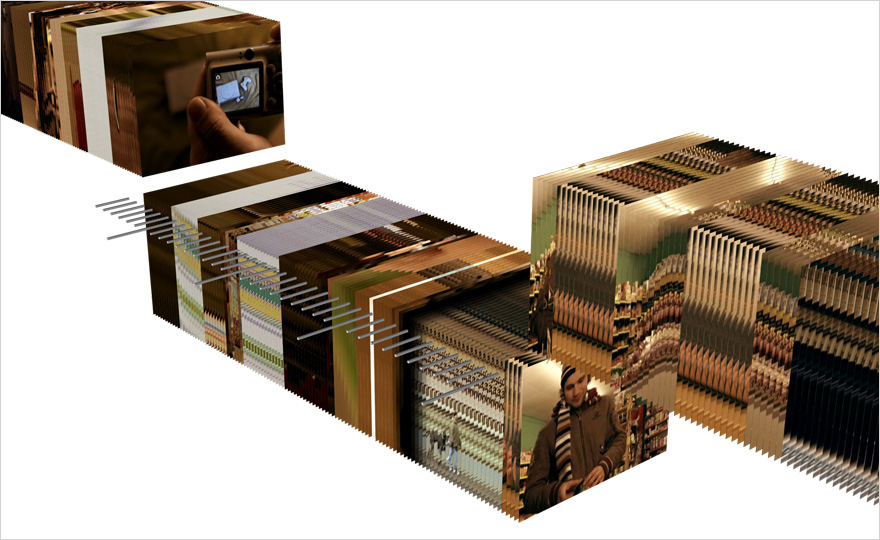 Frames can be freely selected within a film sequence. The unselected section can be faded in or out during selection to gain a better overview. When playing the film with this setting you can simultaneously observe three time layers of the film (the present, the past and the future events) 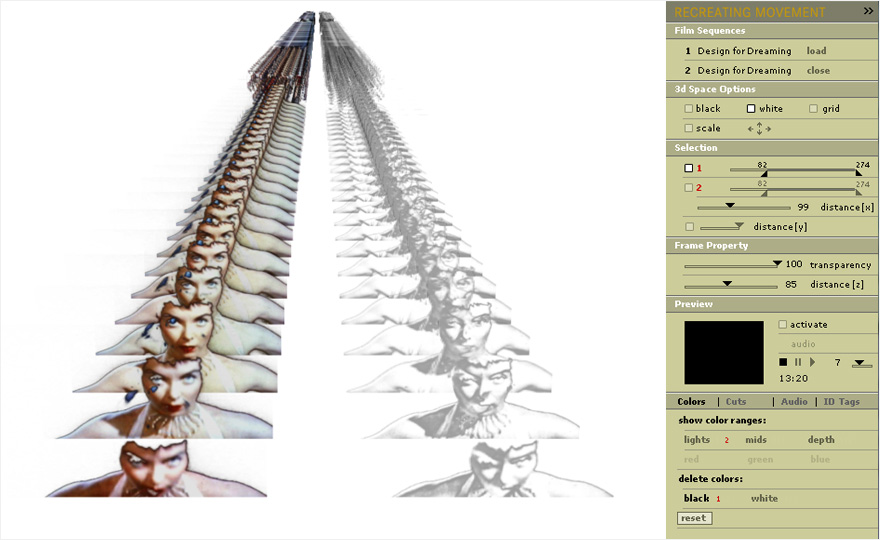 The possibility of loading various film sequences at the same time, makes a direct comparison possible. By changing the distances between the frame sequences it is even possible to blend two sequences with different color modifications (i.e. color deleted, highlights) together.